Pisang lies in the north of the Manang valley and is another popular peak among the trekking peaks in Annapurna region.

This peak, which has formed a shape of a pyramid in the summit, lies on the way to the highest pass of the world offering a better chance for exploration. Trekking to this peak can be combined with the classic Annapuran Circuit Trek, which is suitable for someone with a little experience in climbing. The summit of the peak offers spectacular views of the Annapurna, Tilicho Peak, Annapurana II and IV, Ghangapurna and the Glacier Dome.

The route to Pisang Base Camp takes you through the Upper Pisang Valley with sparse woods, pastures and crystal clear lakes along the view of the Himayalas. The trekking starts from Besisahar along the valley of the Marsyangdi river which has diverse flora and fauna throughout the route until reaching the peak. The upper part of Pisang is guarded by huge rock slabs making it difficult to be climbed on especially in wet and snowy conditions. This peak is considered as one of the most technically challenging peaks among other climbing peaks in Nepal but rewards you with a memorable sense of achievement along with the breathtaking views of the snowcapped giants standing majestically. The favored months to climb up this peak are April, May, October and November depending upon the nature of visibility and the weather conditions. As this trekking expedition is somewhat difficult, it is recommended you carry along insulated boots, abseil device, climbing helmet, crampons, ice axe and alpine harness. 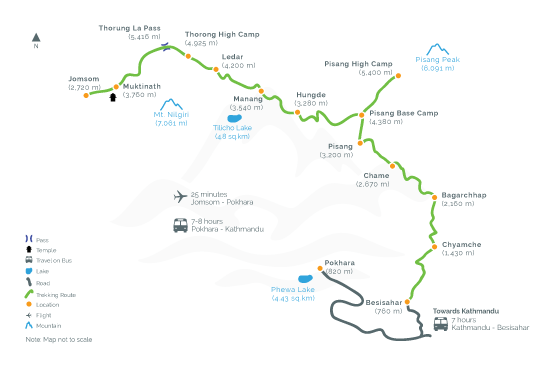 Have a group already?

Make it a private trip by taking over one of our dates, or you can choose your own date. Prices are sliding scale to suit the number of travellers.

Why Book With Us

We Serve More Than You Seek

Himalayan Challenge Treks has hand-picked the best Adventure Trips for you.

Himalayan Challenge Treks will match or beat any price.

Our Travel experts will assist in booking the perfect trip.

We take the guesswork out of planning your adventure.